Cadwallader C. Washburn (1818-1882), buried next to this imposing structure, was a man of extraordinary talents.

He was a soldier who achieved the rank of Major General during the Civil War. He was a Congressman, elected by the people of La Crosse in 1866, and re-elected in 1868. Not quite ready to end his political career, the people of Wisconsin elected him governor in 1871.

He was a tremendously successful businessman. He and his brother established Washburn Mills in Minneapolis, known today as General Mills. He was also a philanthropist, and founded the Public Library in La Crosse and several other educational and benevolent organizations in Wisconsin and Minnesota.

Befitting a man of his stature, his monument is the tallest in Oak Grove Cemetery. 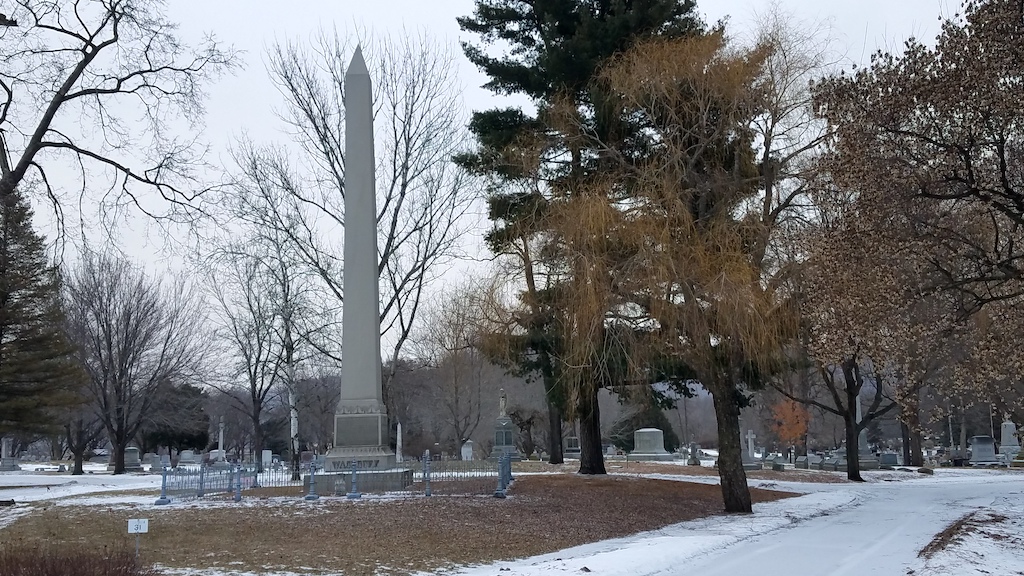