The Hixon family played an important role in La Crosse business and civic affairs beginning with the arrival of Vermont lumberman Gideon Hixon (1826-1892) in 1856. Hixon had married Sarah Crosby in 1850 in Maine. She died in 1856 not long after they arrived in La Crosse.

Gideon married Ellen Pennel, a school teacher, in La Crosse in 1861. She bore Gideon five sons. In 1909, Ellen spearheaded a committee to save Grandad Bluff from a local quarry company. Her two eldest sons, Frank and Joseph, also became active in philanthropic projects. Frank’s wife, Alice Green Hixon (1883-1982), was involved in La Crosse social and cultural organizations and was the first president of the La Crosse League of Women Voters.

Alice Hixon was very conscientious in maintaining the family home at 429 North Seventh Street. In 1962, she donated the home with all of the furnishings and numerous personal items to the La Crosse County Historical Society. The Hixon House Museum is open to the public and provides a fascinating insight into the lives of late 19th century upper class Americans.

In 1913, Frank Hixon (1862-1931) commissioned sculptor Leonard Cruelle to create the artistic molded copper sculpture of a Mother and Children as a family memorial. Frank, Alice and three of Frank’s brothers are buried here. Other Hixon family members are buried in the Hixon family plot in Oak Grove Cemetery. 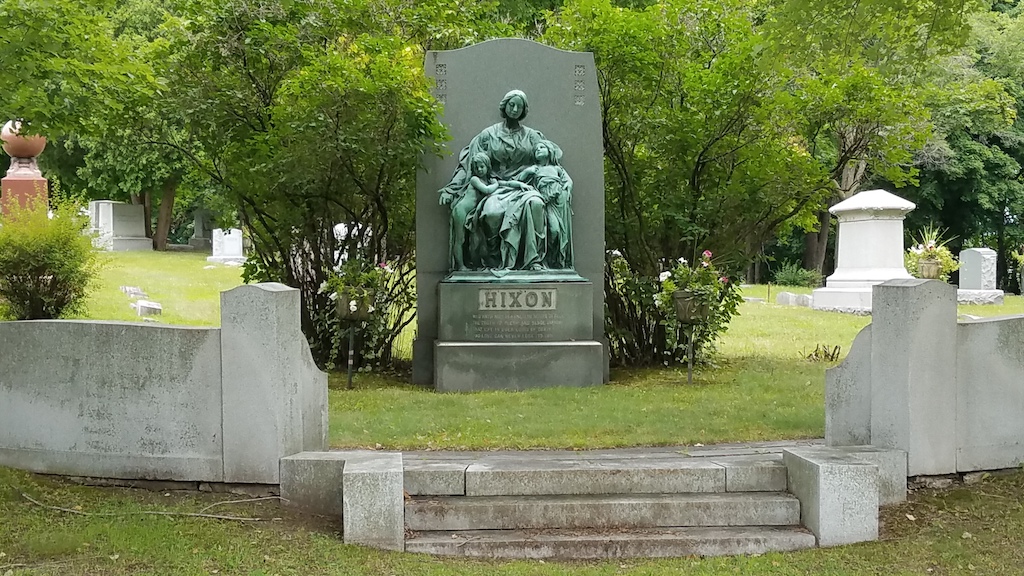 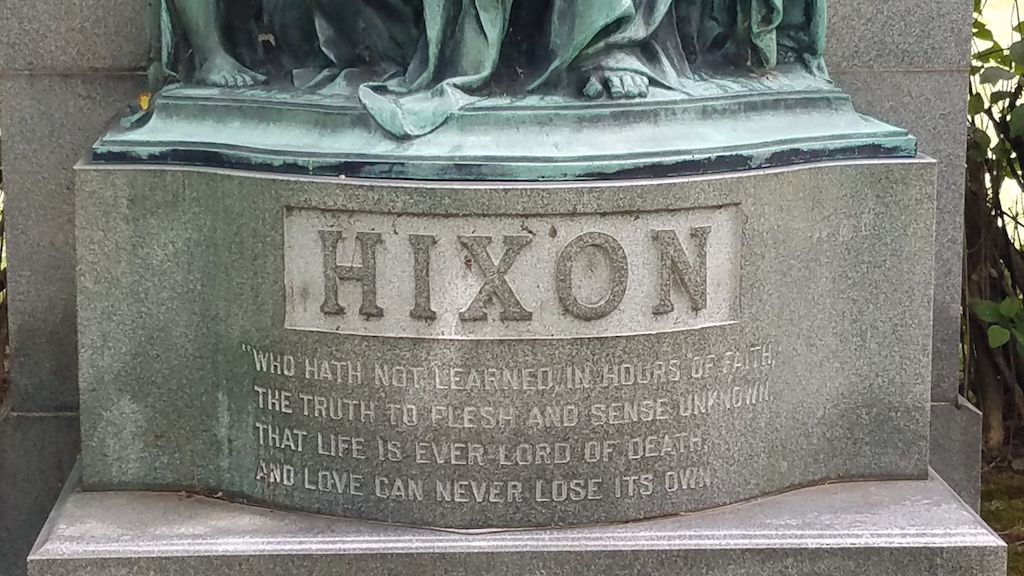