This crypt is the final resting place for the Trane and Hood families. Norwegian immigrant James A. Trane (1857-1936) came to La Crosse in 1864 when he was seven years old. As a young man he found work as a plumber and established his own plumbing, steam heating and gas fitting business on Pearl Street. James was an innovative inventor in the plumbing business.

His son, Reuben Trane (1886-1954), was also mechanically gifted and the two incorporated as partners in the Trane Company in 1913. The company received an important defense contract during World War II. After the war, the company became a major international supplier of heating and cooling systems. Helen Hood (1891-1978) married Reuben in 1912 and Helen’s brother Frank Hood and son Wayne Hood all were actively involved in the family business.

For over a century, the Trane Company has been an important part of the La Crosse manufacturing economy. The gray granite Trane/Hood memorial is modestly ornamented with a plain horizontal cornice and carved detailing around the door. 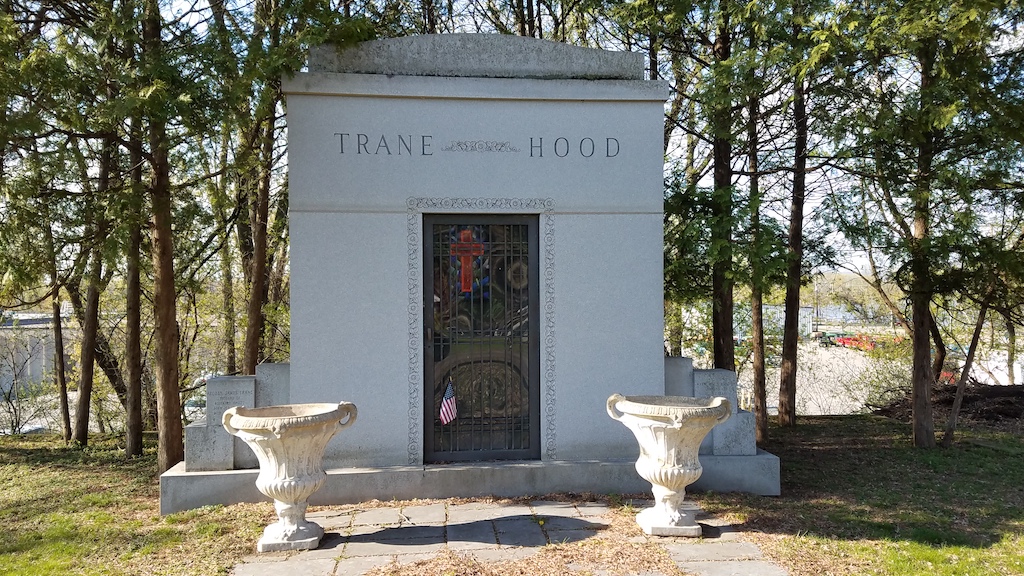