The Gund memorial honors another La Crosse brewing family. Built in 1924, the Gund Memorial has the look of a classical Greek temple. Four fluted Ionic columns support the simple pediment.

John Gund emigrated from Germany in 1848 and settled in La Crosse in 1854. He began brewing beer in a small log cabin on the corner of Front and Division Streets. In 1858, Gund and Gottlieb Heileman formed City Brewery.

Gund later withdrew from that partnership and founded his own Empire Brewery in 1872. Of the fourteen breweries that operated in La Crosse during the boom years of 1890-1920; the Gund brewery was the largest.

Prohibition and labor difficulties caused serious problems for the brewery and it was ultimately sold to the G. Heileman Company. 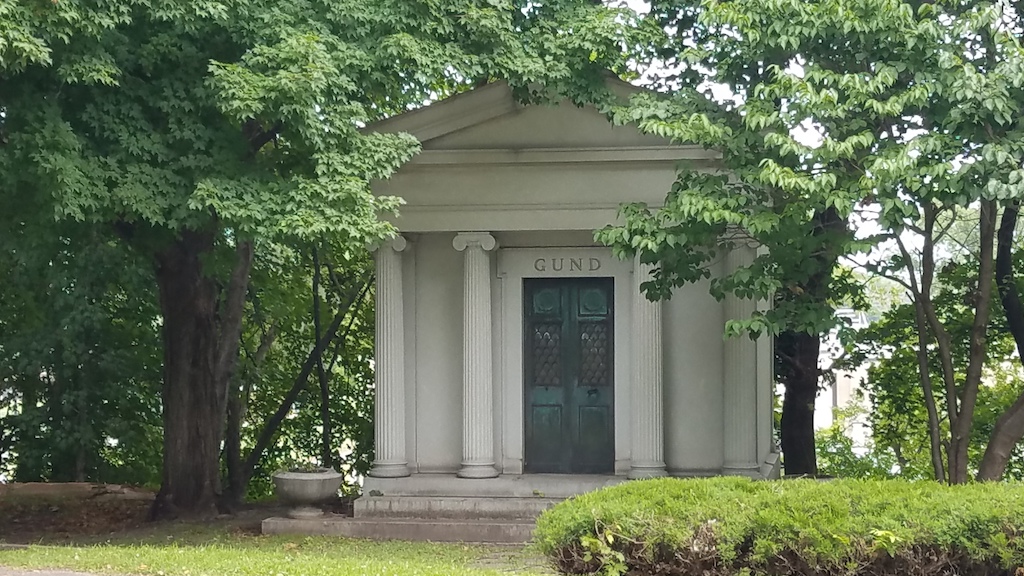