The building before you memorializes a giant in the grain industry. The Cargill Memorial, built in 1887, is a neoclassical design with temple-like pediment supported be two plain Ionic columns.

William W. Cargill (1844-1909) was born in New York State but came with his family to Janesville, Wisconsin in 1856. He became a grain trader in Minnesota after the Civil War and moved to La Crosse in 1875.

From his base in La Crosse, he expanded his grain elevator business throughout the upper Midwest. After his death, his son-in-law John MacMillan, Sr., took over and moved the company to the Twin Cities. Today the Cargill Company is one of the most powerful multi-national corporations. The concrete and brick grain elevators on the riverfront near the Cass Street Bridge are now gone, but had been reminders of the company’s roots in La Crosse. 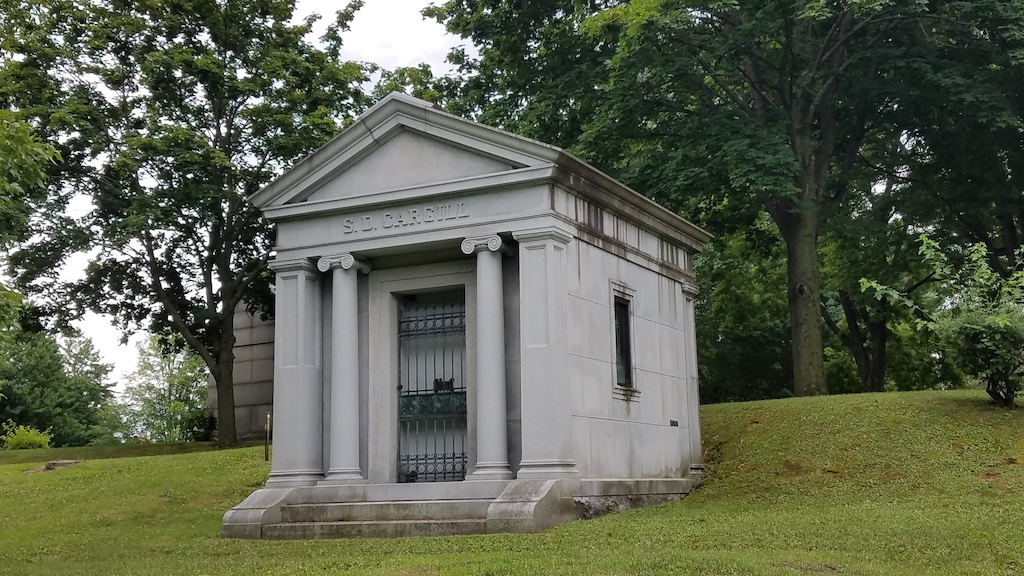