Next to the grave of Martha Robinson Kellogg (1838-1867) in perhaps the most fascinating historic marker in Oak Grove Cemetery. The plaque is a tribute to La Crosse newspaperman, Mark Kellogg, who was killed with Gen. George Armstrong Custer and the entire 7th US Calvary at the Battle of Big Horn on June 23, 1876.

Mark Kellogg (1833-1876) was born in Canada and came to La Crosse with his family in 1851. His father was postmaster in La Crosse and built the Kellogg House hotel in 1853. Mark worked as a reporter for the La Crosse Democrat and operated a flour and feed store for a while.

His wife died in 1867, and within the year he left La Crosse and spent the next nine years traveling in the American West as a correspondent for several newspapers. He was a pioneer in the use of telegraph communications and may be the first American wire service reporter killed in battle.

His gravesite and marker remain on the Custer Battlefield National Historic Site in Montana. The memorial plaque before you was erected at his wife’s grave site in his honor by several local newspaper, radio and television organizations. It was dedicated on June 26, 1976, the centennial of the Little Bighorn Battle. 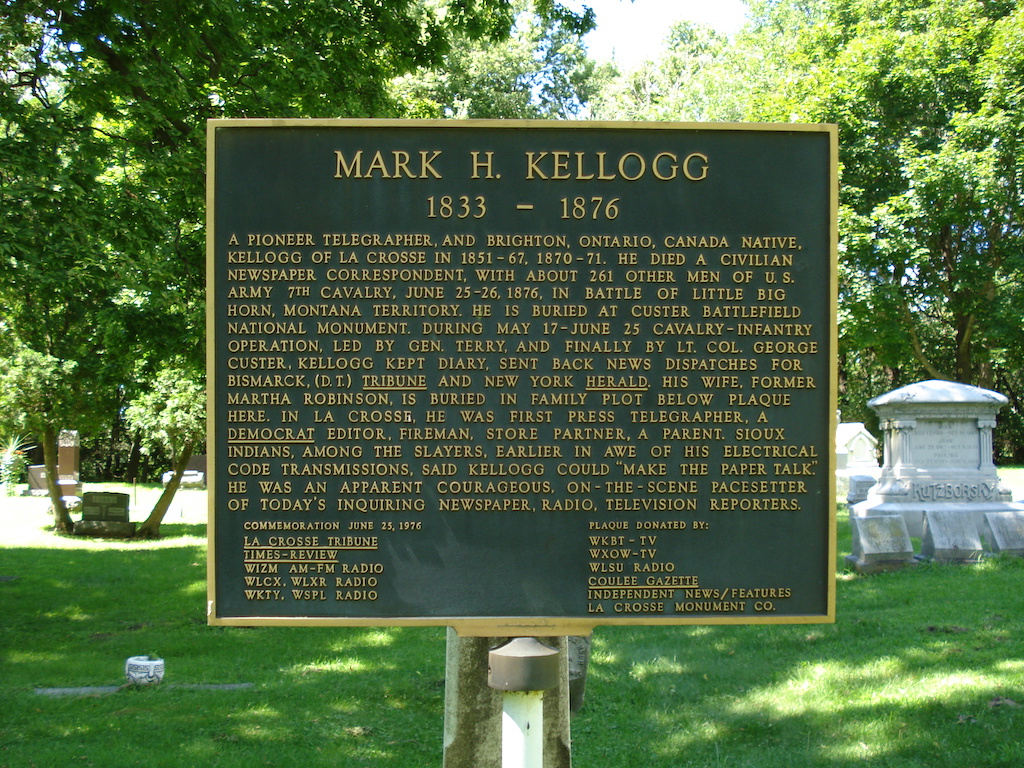