Our tour begins at this impressive stone entrance arch. It was built to honor the memory of Joseph. W. Losey (1834-1901), a well-known local attorney and tireless advocate for the betterment of Oak Grove Cemetery. He was active in promoting the establishment of Myrick Park and many other public improvements. He suggested the creation of a European style pleasure drive on the east edge of the city, today known as Losey Boulevard.

Local architects Hugo Schick and Andrew Roth designed the Losey Memorial Arch in the popular turn of the century Classical Revival/Beaux Arts Style. The arch was erected by the Crosby and Hynne Granite Company of La Crosse and dedicated with a public celebration on Memorial Day 1902.

For more than a century, the arch has been a symbol of Oak Grove Cemetery as well as memorial to one of the city’s most civic minded citizens. The Losey Memorial Arch is a designated city, state, and national Historic Landmark.

Near the arch, you’ll see the site where a glorious water fountain once stood, built during the beautification efforts of the 1870s. Before city parks were established in large cities, cemeteries were often the city dwellers’ only respite from the noise, dirt and busyness of city life. A period writer described Oak Grove fountain as “placed in the midst of a circle….receiving water from a score of jets……the center is ornamented with a number of spires of rock work; the light, irregular airy pinnacles of which seem modeled after some of the battlemented towers of storied Rhine.” The fountain was designed by landscape architect Prosper Stevens. It was destroyed by vandals and removed in the 1940s. 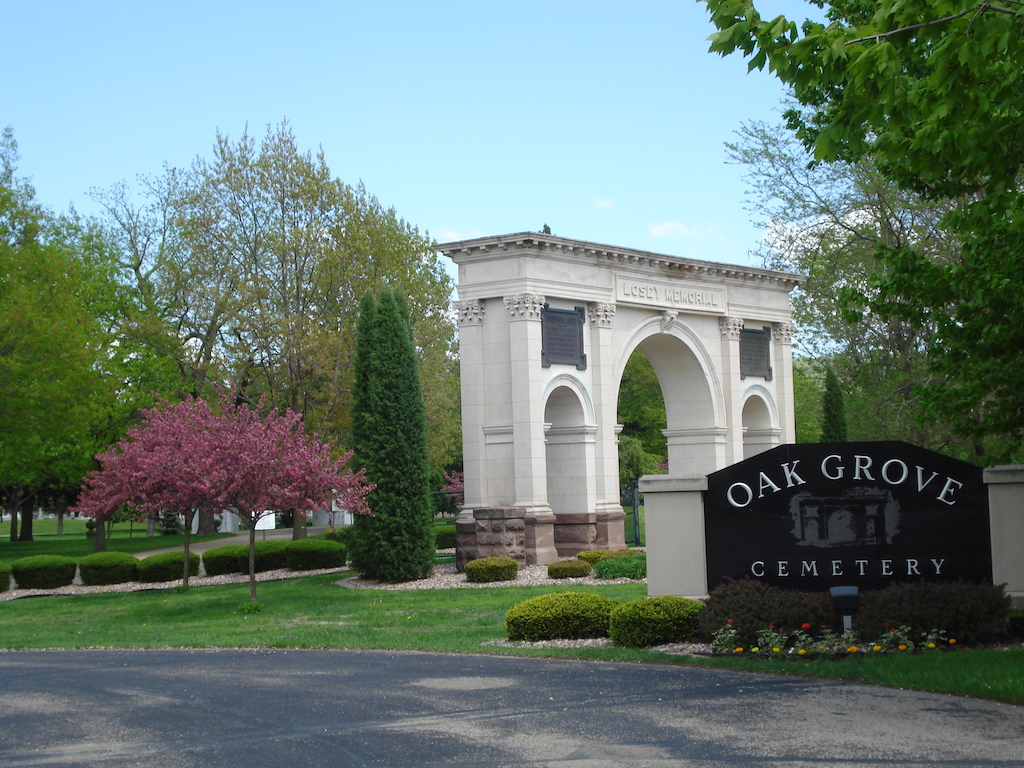