While beer production flourished under many names in this city over the years, the “beer that made La Crosse famous” was undoubtedly Heileman’s Old Style – the star product of the G. Heileman Brewing Company.

The firm’s namesake and founder, Gottlieb Heileman and his influential wife, Johanna Bandle Heileman are buried here. Heileman emigrated from Germany in the early 1850s. After settling for a time in Milwaukee, he and Johanna moved across the state to La Crosse, where he found employment in the growing local brewing industry. Gottlieb eventually became a partner in a brewery with John Gund Sr. In 1872, Gund withdrew from the firm they shared, leaving Heileman the sole owner, a post he filled until his death six years later at the age of 54.

After Gottleib’s death, Johanna took charge of brewery operations. In fact, it was Johanna who guided the firm through its formative years and ushered it into the 20th century. When the G. Heileman Brewing Company incorporated in 1890, she joined a very small group of American women to hold the title of corporate president. She remained the brewery’s head until her death in 1917. 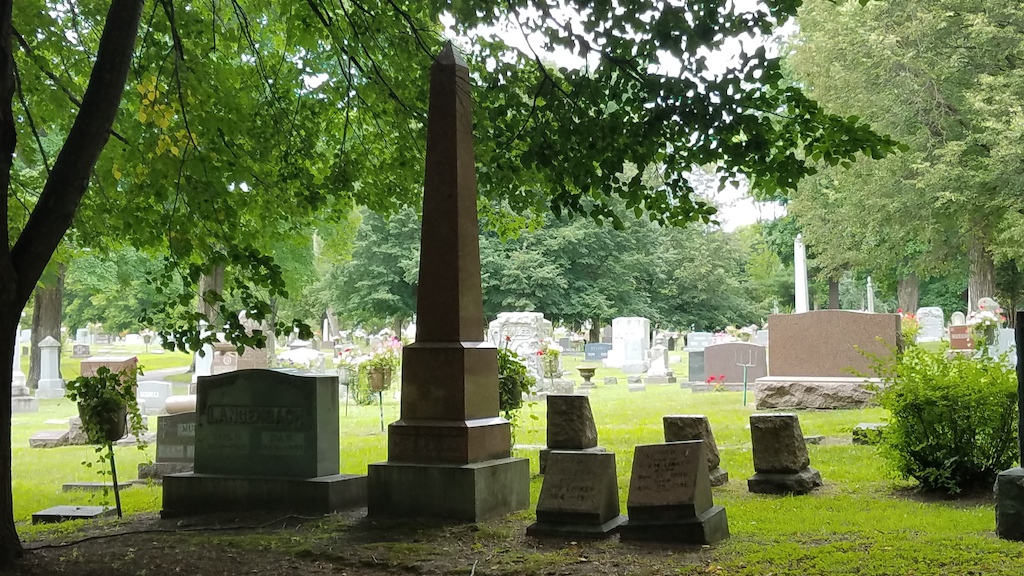